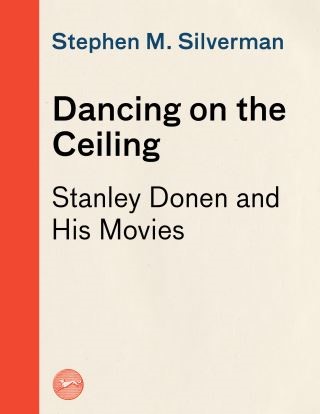 Dancing on the Ceiling

Stanley Donen and his Moves

The first book to explore the life and extraordinary work of the legendary moviemaker who directed Singin' in the Rain, On the Town, and Funny Face, from the author of David Lean ("Silverman has captured one of the world's truly great filmmakers"—Billy Wilder). Stanley Donen is the man who forever changed the Hollywood musical, moving it away from the Busby Berkeley extravagance to a felt integration of the songs and dances. He is also the man who helped shape the sophisticated romance exemplified by Indiscreet and Charade.

The author, with Donen's cooperation, has brilliantly revealed Donen's fifty-year career—first in the theater, next in Hollywood, and then abroad. We see Donen's collaborations with Fred Astaire, Cary Grant, Gene Kelly, and Frank Sinatra. And we see his work with Rodgers and Hart, Alan Lerner, Comden and Green, Roger Edens, Arthur Freed, Michael Kidd, and Bob Fosse.

We watch Donen growing up in the South in the 1930s, seeking refuse at movies, watching Fred Astaire dance on the screen, and forever changed by it.

And then at sixteen, fleeing to New York, where he lands his first job in the chorus of the groundbreaking musical Pal Joey, directed by George Abbott, starring Gene Kelly...and appearing next in Best Foot Forward.

We follow Donen west to MGM (first he was a chorus boy, then assistant choreographer)...next embellishing Anchors Aweigh, dreaming up the almost technically impossible notion of having its star, Gene Kelly, dance with a cartoon character, Jerry the Mouse...and in the next decade making one great musical after another.

We hear Donen's recollections of life and work on the sets of Singin' in the Rain, Royal Wedding, Funny Face, Seven Brides for Seven Brothers, On the Town, The Pajama Game, Indiscreet, Charade, Two for the Road, Arabesque, Bedazzled, and other movies he directed. We see him through the eyes of more than one hundred of his contemporaries whom, in addition to Donen himself, Silverman has interviewed at length, from Kay Thompson and Billy Wilder to Deborah Kerr, Audrey Hepburn, Debbie Reynods, Gregory Peck, and Cyd Charisse.

Dancing on the Ceiling gives, close up, a great director and a lost Hollywood on whose silver screen wit and charm abounded.

Stephen M. Silverman: Stephen M. Silverman has taught at the Columbia University School of Journalism. He is the author of four books. His articles have appeared in Vogue, Mirabella, The London Times Magazine, and Travel & Leisure. He lives in New York City.