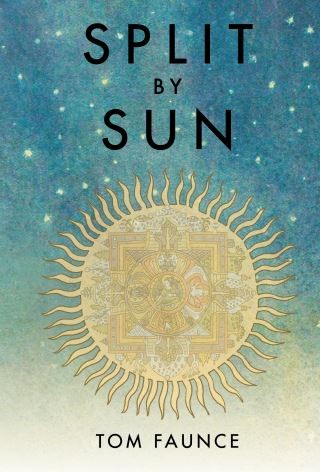 The Tragic History of the Sustainocene

A FUTURE EARTH IN WHICH EVERY ROAD AND BUILDING UTILISES NANOTECHNOLOGY TO MAKE CLEAN FUEL, FOOD AND FERTILISER JUST FROM WATER, SUN AND AIR.

When agent Jean Moulin investigates the mysterious connections between a murdered woman in Hampstead and assassination attempts on the President of the Whole Earth Council, he's led back to the origins of the Global Synthetic Photosynthesis Project in Namibia as well as the forces that wish to destroy it and its visionary eco-gendered founder.

Split by Sun is a witty and poetic novel that explores whether humanity is meant to globally deploy a solar energy technology to progress enforceable rights of ecosystems, electronic citizen voting on laws, the marriage of corporations to public goods, community-scale industry, the abolition of war and nuclear weapons, the facilitation of universal basic income, healthcare and education and the replacement of religion with widespread experience of unitive consciousness.