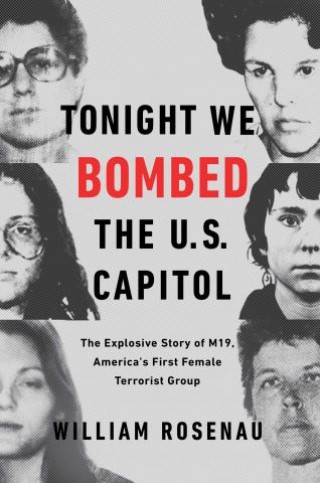 Tonight We Bombed the U.S. Capitol

In a shocking, never-before-told story from the vaults of American history, Tonight We Bombed the US Capitol takes a close look at the explosive hidden history of M19—the first and only domestic terrorist group founded and led by women—and their violent fight against racism, sexism, and what they viewed as Ronald Reagan’s imperialistic vision for America.

In 1981, President Ronald Reagan announced that it was “morning in America.” He declared that the American dream wasn’t over, but the United States needed to lower taxes, shrink government control, and flex its military muscles abroad to herald what some called “the Reagan Revolution.” At the same time, a tiny band of American-born, well-educated extremists were working for a very different kind of revolution.

By the end of the 1970s, many radicals had called it quits, but six veteran women extremists came together to finish the fight. These women had spent their entire adult lives embroiled in political struggles: protesting the Vietnam War, fighting for black and Native American liberation, and confronting US imperialism. They created a new organization to wage their war: The May 19th Communist Organization, or “M19,” a name derived from the birthday shared by Malcolm X and Ho Chi Minh, two of their revolutionary idols. Together, these six women carried out some of the most daring operations in the history of domestic terrorism—from prison breakouts and murderous armed robberies, to a bombing campaign that wreaked havoc on the nation’s capital. Three decades later, M19’s actions and shocking tactics still reverberate for many reasons, but one truly sets them apart: unlike any other American terrorist group before or since, M19 was created and led by women.

Tonight We Bombed the US Capitol tells the full story of M19 for the first time, alongside original photos and declassified FBI documents. Through the group’s history, intelligence and counterterrorism expert William Rosenau helps us understand how homegrown extremism—a threat that still looms over us today—is born.

William Rosenau: William Rosenau, PhD, is a senior research scientist at CNA, a nonprofit research and analysis organization, and a fellow in the International Security program at New America. His articles have been published in The New York Times, The Wall Street Journal, and The Atlantic. He has appeared on CNN, BBC World News, CBS Evening News, and elsewhere. He lives in Washington, DC.