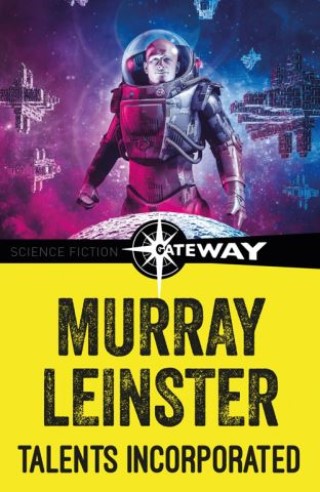 Charlatans or Prophets? At best, the tiny Kandarian Air Fleet would fight until its last ship was blown into infinity. At worst, it would be annihilated without a chance. To young Captain Bors, either course was unthinkable.

The ruthless Dictator of Mekin had already subjugated twenty-two helpless planets. Now he wanted Kandar's unconditional surrender, or his vastly superior forces would blast it out of existence.

It took a lot of guts, and the hope that is frequently born of despair, for a military man like Bors to throw in his lot with Talents, Incorporated, an untried, unscientific organization. Through peculiar gifts of extra-sensory perception, its personnel could, their leader insisted, out-think and out-guess even the most deadly dictator in the history of mankind. Could it? It just might.

And it just might not. . . . But there was absolutely nothing to lose, and a free world (and a beautiful girl) to win. Captain Bors made his decision, and the loaded die was cast!