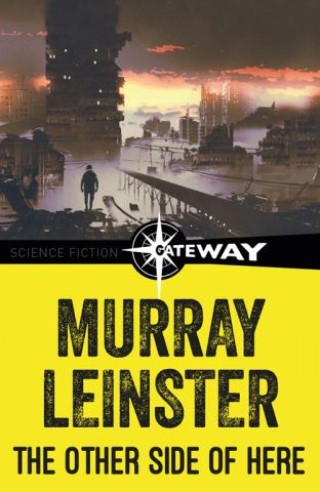 The Other Side of Here

Newark . . . Manhattan . . . Baltimore - one by one they went out. A succession of thriving communities suddenly put out like a guttered flame. Men, women, children sprawled like grotesque manikins.

Steve Waldron knew it couldn't be plague. There had to be some connection with the disappearance of the nation's top scientists. And then he plunged to the center of a dead city and gaped at an unbelievable truth. What could he do against a force fearsome enough to engulf the entire nation?