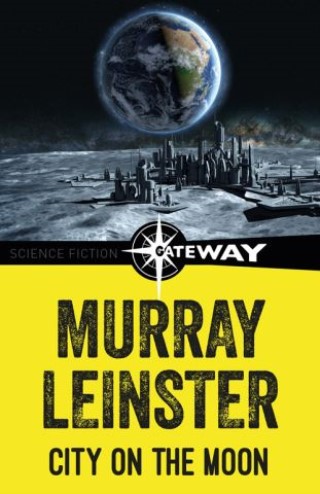 City on the Moon

Life on the moon under anything less than optimal conditions had always been a nightmare, and as Joe Kenmore and his colleague, Moreau, drove back to the City On The Moon on that day the Earth shuttle was due to land, the nearby mountain supporting critical elements of the shuttle's landing mechanisms crumbled causing an avalanche and resulting in chaos.

Optimal conditions were no where in sight that day and as Kenmore and Moreau's investigations lead to their conclusion that explosions had been responsible for the avalanche. Now they realized that they were in a race against the clock to restore the landing beam before the shuttle had reached it's point of no return prior to landing.

Kenmore had more than strictly humanitarian reasons for wanting to prevent a mishap aboard the shuttle that day, because on this particular mission, Arlene Gray was aboard. Kenmore had been anxiously awaiting her arrival, and now his love's life might hang in the balance.