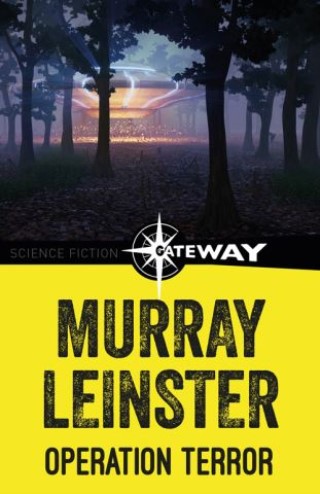 The radar-complex had picked up the strange object in space just as it neared the earth's surface. It was described as "an object of considerable size." The impact of its landing at Boulder Lake Park, Colorado, was felt on every seismograph in the world. Then the first reports began to trickle in: there were "creatures" on board? Creatures who soon left their ship and began exploring the area ...

Where was the ship from, and what was the quest of the strange visitors? These visitors who were armed with a terrifying paralysis ray that blinded its victims, filling their nostrils with a reptilian odor of the jungle?

Only one man in the Boulder Lake Park area could hope to solve the mystery of the "Aliens" who had come to call on earth ...