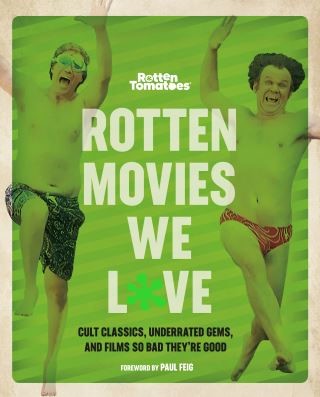 Cult Classics, Underrated Gems, and Films So Bad They're Good

Hook. Wet Hot American Summer. Valley of the Dolls. There are some movies that defy traditional critical assessment -- films that are panned by reviewers, but that go on to become beloved classics and cult phenoms anyway.

Ever been crushed to learn your favorite movie -- or a new one you're dying to see -- has been given the big green splat from Rotten Tomatoes' infamous Tomatometer? The site's editors stand by their critics and scores, but they also feel your pain: Fresh films shouldn't get all the glory! In Rotten Movies We Love, the RT team celebrates 101 Rotten movies that can't be missed, including:

Featuring 16 essays from some of the world's most well-known film critics -- Leonard Maltin, Terri White, Amy Nicholson, David Fear, K. Austin Collins, and more -- and punctuated with black-and-white film stills and punchy graphics, it's a fun romp through the quirkier corners of film history, sure to delight any cinephile or pop-culture fanatic.