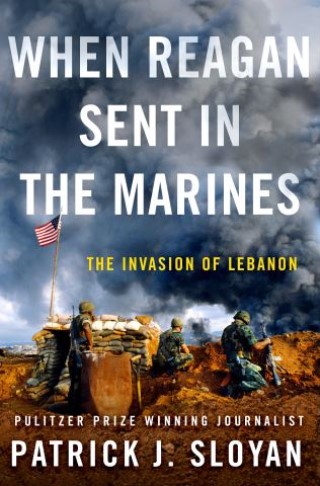 When Reagan Sent In the Marines

The Invasion of Lebanon

"In this formidable narrative, the prize-winning and super honest reporter, Patrick Sloyan, adds the depth of a scholar's context to produce a gripping reminder of why we should never forget history. He makes readers feel like they were eye witnesses." —Ralph Nader

From a Pulitzer Prize-winning journalist who reported on the events as they happened, an action-packed account of Reagan's failures in the 1983 Marines barracks bombing in Beirut.

On October 23, 1983, a truck bomb destroyed the U.S. Marines barracks in Beirut. 241 Americans were killed in the worst terrorist attack our nation would suffer until 9/11. We’re still feeling the repercussions today.

When Reagan Sent In the Marines tells why the Marines were there, how their mission became confused and compromised, and how President Ronald Reagan used another misguided military venture to distract America from the attack and his many mistakes leading up to it.

Pulitzer Prize-winning author Patrick J. Sloyan uses his own contemporaneous reporting, his close relationships with the Marines in Beirut, recently declassified documents, and interviews with key players, including Reagan’s top advisers, to shine a new light on the Israeli invasion of Lebanon and Reagan’s doomed ceasefire in Beirut.

Sloyan draws on interviews with key players to explore the actions of Kissinger and Haig, while revealing the courage of Marine Colonel Timothy Geraghty, who foresaw the disaster in Beirut, but whom Reagan would later blame for it.

More than thirty-five years later, America continues to wrestle with Lebanon, the Marines with the legacy of the Beirut bombing, and all of us with the threat of Mideast terror that the attack furthered. When Reagan Sent In The Marines is about a historical moment, but one that remains all too present today.

Patrick J. Sloyan: PATRICK J. SLOYAN was a Pulitzer Prize-winning journalist who had covered national and international affairs since 1960. He was awarded journalism's most distinguished prizes for domestic and foreign reporting, including the Pulitzer Prize for International Reporting and Spot News Reporting, the George Polk Award for War Reporting, the American Society of Newspaper Editors Award for Deadline Writing, and the Raymond Clapper Award for Investigative Reporting. Sloyan wrote for Rolling Stone, The New Republic, The Nation, and The London Guardian. He died in 2019 after completing When Reagan Sent In the Marines.