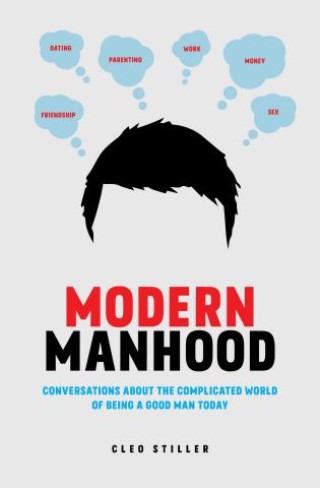 Conversations About the Complicated World of Being a Good Man Today

Emmy and Peabody Award–nominated health reporter Cleo Stiller’s fun(ny) and informative collection of advice and perspectives about what it means to be a good guy in the era of #MeToo.

Here are a few self-evident truths: Predatory men need to go, sexual assault is wrong, and women and men should be equal. If you’re a man and disagree with any of the aforementioned, then this book isn’t for you.

But if you agree, you’re probably one of the “good guys.” That said, you might also be feeling frustrated, exasperated, and perhaps even skeptical about the current national conversation surrounding #MeToo (among many other things). You’ve likely found yourself in countless experiences or conversations lately where the situation feels gray, at best. You have a lot to say, but you’re afraid to say it and worried that one wrong move will land you in the hot seat. From money and sex to dating and work and everything in between—it can all be so confusing! And when do we start talking about solutions instead of putting each other down?

In Modern Manhood, reporter Cleo Stiller sheds light on all the gray areas out there, using conversations that real men and women are having with their friends, their dates, their family, and themselves. Free of judgment, preaching, and sugarcoating, Modern Manhood is engaging, provocative, and, ultimately, a great resource for gaining a deeper understanding of what it means to genuinely be a good man today.

Cleo Stiller: Cleo Stiller is a Peabody Award–nominated, Emmy Award–nominated, and Gracie Award–winning reporter and a self-identified “relationship nonexpert” obsessed with exploring stories about health, gender, and technology among millennials. Her acclaimed television show Sex.Right.Now. explored deeply personal and political stories about health and identity. She speaks regularly about health and gender representation in the media and has been featured in The New York Times, Self, Variety, Bustle, Essence, and Lifehacker.