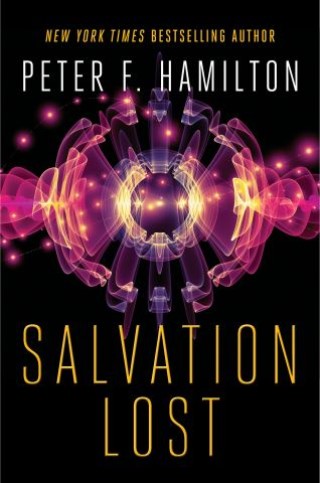 All the best in humanity rises to meet a powerful alien threat in the sequel to Salvation—part of an all-new trilogy from “the owner of the most powerful imagination in science fiction” (Ken Follett).

The comparative utopia of twenty-third-century Earth is about to go dreadfully awry when a seemingly benign alien race is abruptly revealed to be one of the worst threats humanity has ever faced. Driven by an intense religious extremism, the Olyix are determined to bring everyone to their version of God as they see it. But they may have met their match in humanity, who are not about to go gently into that good night or spend the rest of their days cowering in hiding. As human ingenuity and determination rise to the challenge, collective humanity has only one goal—to wipe this apparently undefeatable enemy from the face of creation. Even if it means playing a ridiculously long game indeed.

But in a chaotic universe, it is hard to plan for every eventuality, and it is always darkest before the dawn.

Peter F. Hamilton: Peter F. Hamilton is the author of numerous novels, including Salvation, A Night Without Stars, The Abyss Beyond Dreams, Great North Road, The Evolutionary Void, The Temporal Void, The Dreaming Void, Judas Unchained, Pandora’s Star, Misspent Youth, Fallen Dragon, and the acclaimed epic Night’s Dawn trilogy: The Reality Dysfunction, The Neutronium Alchemist, and The Naked God. He lives with his family in England.