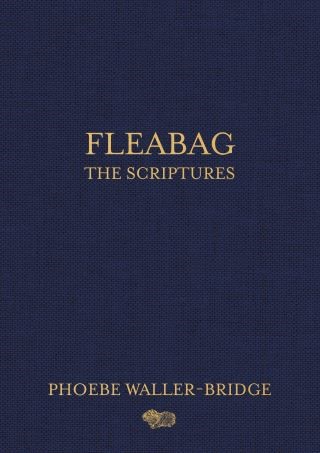 Go deeper into the groundbreaking, Golden Globe and Emmy-winning series with this must-have collection—“a completist’s dream of a book, including the show’s full scripts and Waller-Bridge’s commentary” (Vogue).

“Her coat falls open. She only has her bra on underneath. She pulls out the little sculpture of the woman with no arms. It sits on her lap. Two women. One real. One not. Both with their innate femininity out.”

Phoebe Waller-Bridge’s critically acclaimed, utterly unique series Fleabag took the world by storm with its piercing dialogue, ruthlessly dry wit, and deeply human drama. In Fleabag: The Scriptures, Waller-Bridge brings together for the first time the filming scripts of the first and second seasons, complete with the original stage directions as well as exclusive commentary on her creative process and the making of the series. Now recognized as one of today’s most essential voices, she delivers powerful insights into her now-iconic protagonist: the hilarious, emotionally damaged, sexually unapologetic woman who can make viewers laugh, cry, and cringe in a single scene.

Essential for any fan, Fleabag: The Scriptures is the ultimate companion to a landmark series.

Phoebe Waller-Bridge: Phoebe Waller-Bridge is a multi-award-winning actor, writer, creator and showrunner. She is the writer and performer of Fleabag, which debuted at the Edinburgh Festival Fringe as a one-woman show in 2013, followed by award-winning London and New York runs. Fleabag was adapted into a critically acclaimed BBC Three television series, for which Waller-Bridge won a BAFTA for Best Female Performance in a Comedy Program, as well as multiple Emmys, including for Outstanding Writing for a Comedy Series, Outstanding Comedy Series and Lead Actress.