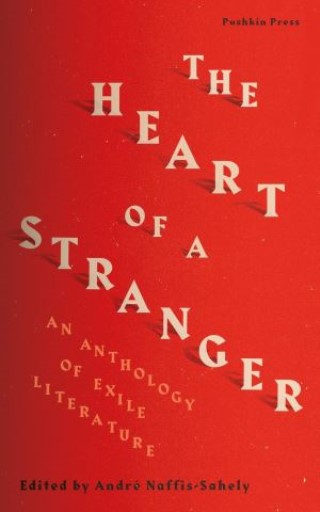 The Heart of a Stranger

An Anthology of Exile Literature

A fascinatingly diverse anthology of the literature of exile, from the myths of Ancient Egypt to contemporary poetry

Exile lies at the root of our earliest stories. Charting varied experiences of people forced to leave their homes from the ancient world to the present day, The Heart of a Stranger is an anthology of poetry, fiction and non-fiction that journeys through six continents, with over a hundred contributors drawn from twenty-four languages.

Highlights include the wisdom of the 5th century Desert Fathers and Mothers, the Swahili Song of Liyongo, The Flight of the Irish Earls, Emma Goldman's travails in the wake of the First Red Scare, the Syrian poet Nizar Qabbani's ode to the lost world of Andalusia and the work of contemporary Eritrean fabulist Ribka Sibhatu.

Edited by poet and translator André Naffis-Sahely, The Heart of a Stranger offers a uniquely varied look at a theme both ancient and urgently contemporary.

Andre Naffis-Sahely: André Naffis-Sahely is the author of The Promised Land: Poems from Itinerant Life (Penguin UK, 2017). He is a Visiting Teaching Fellow at Manchester Met's Writing School and is the poetry editor of Ambit magazine. He is from Abu Dhabi, but was born in Venice to an Iranian father and an Italian mother. His translations include over twenty titles of fiction, poetry and nonfiction from French and Italian, including The Last Days by Laurent Seksik and The Crew by Joseph Kessel, both published by Pushkin Press. Several of these translations have been featured as 'books of the year' in the Guardian, Financial Times and NPR.