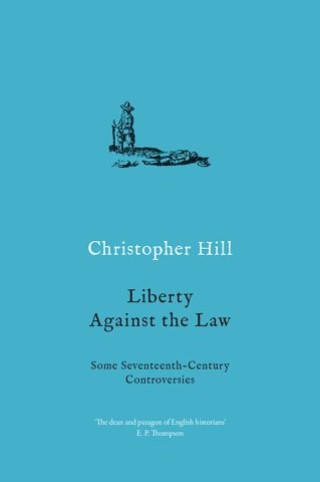 Liberty Against the Law

In 17th Century England, the law was not an instrument of justice - it was an instrument of oppression. The enclosures of common land, loss of many traditional rights and draconian punishments for minor transgressions changed the lives of the peasantry and created a landless class of wage labourers.

In this, the last book published during his lifetime, renowned historian of the English Revolution Christopher Hill explores the immense social changes that occurred and the expressions of liberty against the law through the literary culture of the times and the hero-worship of the outlaw. As well as chapters on gypsies and vagabonds, Hill analyses class, religion and the shift away from the importance of the church after the Reformation. Liberty Against the Law is a late classic of Hill's work, and essential reading for anyone interested in the history and politics of the 17th Century.

Christopher Hill: Christopher Hill (1912-2003), born in York, was a historian and academic specializing in 17th century English history. As a young man he witnessed the growth of the Nazi party firsthand during a prolonged holiday in Germany, an experience he later said contributed to the radicalization of his politics. He was master of Balliol College, University of Oxford, his alma mater, from 1965 to 1978. His celebrated and influential works include Intellectual Origins of the English Revolution; The World Turned Upside Down; and A Turbulent, Seditious and Fractious People: John Bunyan and His Church.