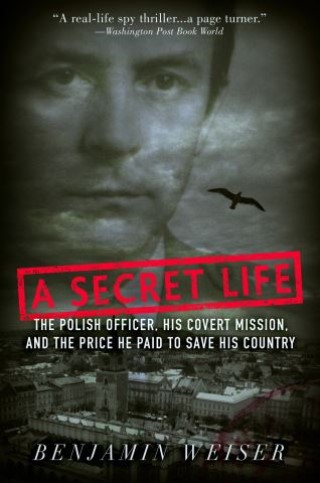 The Polish Officer, His Covert Mission, And The Price He Paid To Save His Country

In August 1972, Ryszard Kuklinski, a highly respected colonel in the Polish Army, embarked on what would become one of the most extraordinary human intelligence operations of the Cold War. Despite the extreme risk to himself and his family, he contacted the American Embassy in Bonn, and arranged a secret meeting. From the very start, he made clear that he deplored the Soviet domination of Poland, and believed his country was on the wrong side of the Cold War.

Over the next nine years, Kuklinskicode name "Jack Strong"rose quickly in the Polish defense ministry, acting as a liaison to Moscow, and helping to prepare for a "hot war" with the West. But he also lived a life of subterfuge--of dead drops, messages written in invisible ink, miniature cameras, and secret transmitters. In 1981, he gave the CIA the secret plans to crush Solidarity. Then, about to be discovered, he made a dangerous escape with his family to the West. He still lives in hiding in America.

Kuklinski's story is a harrowing personal drama about one man's decision to betray the Communist leadership in order to save the country he loves, and the intense debate it spurred over whether he was a traitor or a patriot. Through extensive interviews and access to the CIA's secret archive on the case, Benjamin Weiser offers an unprecedented and richly detailed look at this secret history of the Cold War.